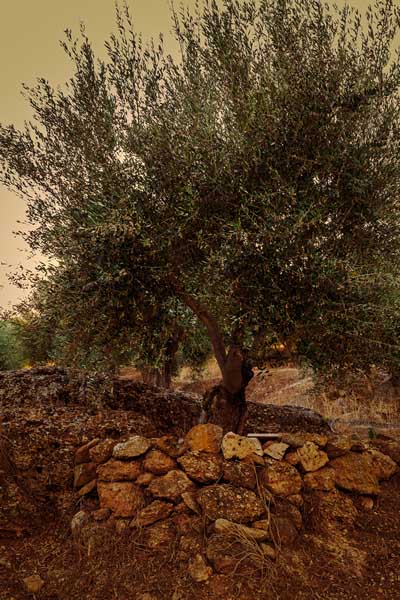 For two generations, since 1960 and to this day, the Cheliotis family strives for the best possible result and moves on to the third generation, our constant priorities being the quality of our products, the maintaining of traditions and boundless respect towards the environment.

The business was started in 1960 by Dimitrios Cheliotis (Barba Mitsos) when he decided to deal with the trade and export of olive oil. With time, his experience over the olive grew and he was able to distinguish good oil, with unique texture and flavor. This knowledge, along with his love for the olive itself, was developed and subsequently passed on to the next generation, his son George in 1980. Over time, the knowledge was enriched and as technology progressed, the equipment and the process of production and distribution were modernized.

In 2005, as the needs and demands of the business grew, the Cheliotis family proceeded to build a sophisticated, privately owned unit for the concentration and standardization of olive oil, a 1500m2 building on a 10000m2 plot, in the area of Kokkinada Myrtias where the business operates to this day.

Later in 2008, the products were certified with HACCP and ISO 22000:2005 as he wanted the quality of his offerings to be officially and responsibly recognized. The HACCP certification is proof that the company is committed to food safety and the safe production and distribution of its products.

The company has stainless steel tanks of 1000 ton capacity each for the storage of the product and a tanker fleet that is certified for the transport of liquid food in Greece and abroad.

Today the Cheliotis family continues to operate with many more provisions than what was available to its founder, Dimitrios Cheliotis. However, the vision of the family remains unchanged over time, to maintain the quality and traditions. The companys clientelle is now international, as the company operates not only in Greece, but also in many foreign countries.

Email: This email address is being protected from spambots. You need JavaScript enabled to view it.